Jeff Bezanson, Stefan Karpinski, Viral B. Shah, and Alan Edelman started working on julia back in 2009. Team launched website on 14th February 2012 and they named it "Julia" .There's no good reason behind naming convention it just seemed like a pretty name. Bezanson chose this name on a friend's recommendation.

Since it's launch Julia community escalated quickly with over 13,000,000 downloads as of March 2012 and it is used at more than 1500 universities. JuliaCon academic conference for julians has been held annually since 2014.

When you consider the vast sea of programming languages, learning yet one more can feel like an overwhelming task. Learning new programming schemes and constructs requires time, patience, and dedicated efforts, so there should be really strong reasons to invest in such a time-consuming activity. Julia is a programming language that provides such reasons. Since there are so many established programming languages, including Python, C, C++, Java, R, and MATLAB, you need to be really motivated to invest time in learning this new language, Julia. By the end of this article, I hope that you will see there are more than enough reasons to dive into Julian world.

Julia is thought to be one of the programming language that meets all the needs because it removes the requirement of knowing multiple languages. Most programming languages were designed to meet the needs at the time of their creation. For example, C was designed to be an efficient procedural programming language. C++ was developed to add object-oriented programming features to the already efficient and popular C language. Java also added new features to the area of objects. MATLAB was invented to ease out the burden of coding efforts required to define a mathematical problem. Python grew with a similar philosophy, but ventured into areas where MATLAB was inefficient. Since the two languages were similar in structure, a lot of MATLAB coders shifted to Python without much effort. It was open source and modular as well, which added to the easy accessibility of using others’ code. However, one of the major problems with this kind of development in computer science was that each programming language was only good in specific areas. As a result, users needed multiple programming languages for different tasks and then they needed to tweak them as required to make a needed software. Some programming languages like C and C++ were created for speed, while others were designed for efficient computation in their domain. The emergence of data science tasks required a language that was not only fast but which also had the feature to remove the need for multiple languages to complete a computational job.

Julia provides the functionality, ease-of-use and intuitive syntax of R, Python, MATLAB, SAS or Stata combined with the speed, capacity and performance of C, C++ or Java

Being open source in nature, Julia attracted a good number of developers to write modules that are now used for most work. Julia is one of the the fastest modern open source languages for data science, machine learning, and scientific computing. With Julia’s impressive set of facilities, you should now have enough reasons to explore the language. It is one of the newest programming languages that can be used for almost any type of computational tasks at present and, hopefully, in the future as well. In addition, many high-tech companies seek Julian coders. If you have some experience with the Python programming language, you surely know that it has become popular for a variety of reasons. It has an extremely simple learning curve. With open source architecture, millions of developers have poured in thousands of packages to perform various tasks. These packages are easy to use. You only have to import them using a simple command. Python can also work on a variety of platforms. It is object-oriented, which makes it one of the best-suited, high-level languages for simulation and computation in general. It can also run parts of code written in other programming languages. With these characteristics, it has become the most popular language among coders at the time of writing. But, it has one big problem: it is slow. Consequently, developers have found themselves in a fix when they need to write time-efficient code. Many times, they choose to write time-inefficient parts in faster languages like C or C++.The primary motivation to create Julia mainly arose from this issue.

Julia's creators themselves remark on these issues:

We want a language that’s open source, with a liberal license. We want the speed of C with the dynamism of Ruby. We want a language that’s Homoiconic, with true macros like Lisp, but with obvious, familiar mathematical notation like MATLAB . We want something as usable/efficient for general programming as Python, ease of use for statistics as R, natural for string processing as Perl, powerful for linear algebra as MATLAB, fast as C, good at gluing programs together as the shell.We want it interactive and well compiled. 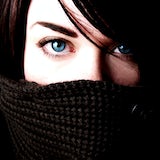 concise and apt content....thanks for sharing

Interesting read. Thanks for sharing.

thank you and glad you liked it